Being the only grandchild of Owen Barfield, and sharing a name, we were close.

When Grandfather was in London he stayed with us. Some weekends I’d visit him at home in the country travelling by bicycle and train. We enjoyed our time together which was spent walking and talking.

Summers were passed with my maternal Grandfather, Ignacio Ribas Marqués, professor of Organic Chemistry at the Universities of Salamanca and Santiago de Compostela. He was a friend and colleague of the writer Miguel de Unamuno.

Both grandfathers were loving and long-lived men of letters. I enjoyed the pleasure of their company and conversation.

At Highgate School (where Grandfather had also been) my interest in art began.  Aged 18, while in Toronto, I started to paint with oils and I’m still an exhibiting artist. After graduating from the University of Hull I returned to London and there married in Farm Street Church. Since my daughters’ births I am a healer.

Grandfather walked out of life when I was aged 28. Six years later I had a mystical experience that set me on my path.

Public talks by Owen A. Barfield

A 30 minute talk by Owen A. Barfield at the The Fintry Trust, England,
September 2020:

Other talks by Owen A. Barfield:
[Subsequent colloquies not listed.]

Owen Barfield, 1923, the year he became a founding father of the Anthroposophical Society.

Ignacio Ribas Marqués (centre), 1929, the year he became Prof. of Organic Chemistry at the University of Salamanca. 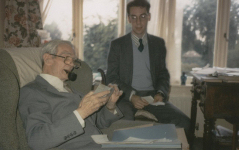 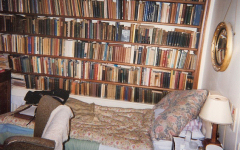 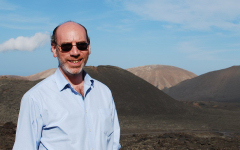