An extract from ‘Immortal Diamond’ by Richard Rohr, 2013:

“ Roughly before 800 B.C., it seems, most people connected with God and reality through myth, poetry, dance, music, fertility, and nature. Although it was a violent world focused on survival, there is much evidence that many people might have had healthier psyches than we do today. They knew they participated in what was still an utterly enchanted universe. This was the pre-existent “church that existed since Abel” that St. Augustine and St. Gregory spoke of. Barfield called this Original Participation.

Consciousness emerged worldwide with the Eastern sages, the Jewish prophets, and the Greek philosophers, all around 500 B.C. It was the birth of systematic and conceptual thought. In the East, it often took the form of the holistic thinking that is found in Hinduism, Taoism, and Buddhism, which allowed people to experience forms of participation with reality, themselves, and the divine. In the West, the Greek genius gave us a kind of meditated participation through thought, reason, and philosophy.

On the cusp of East and West, there was a dramatic realization of intimate union and group participation with God among the people called Israel. The people were being saved; participation was historical and not just individual.
The confluence of the Eastern Semitic mind, Jewish religion, and Greek and Roman influence in Palestine created a matrix into which a new realisation could be communicated, and Jesus the Jew soon offered the world full and Final Participation in his own holistic teaching, which allowed him to speak of true union at all levels.

Unfortunately the monumental insights of the period that formed all of us in foundational and good ways began to dry up and wane, descending into the extreme headiness of some Scholastic philosophy (1100 – 1500), the antagonistic mind of almost all church reformations, and the rational literalism of the Enlightenment. Although the reformations were inevitable, good, and necessary, they also ushered in the Desert of Nonparticipation, as Barfield called it, where no one belonged, few were at home in this world, and religion at its worst concentrated on controlling its own members.

Barfield, foresaw the coming of a new Consciousness, when the best of each era will combine and work together: the prerational, the rational, and the transrational. We live in such a time! In this consciousness, we can now enjoy intuitive and body knowledge, along with rational critique and deeper synthesis, thus encouraging both intelligent and heartfelt participation “with our whole heart, soul, mind and strength,” as Jesus puts it (Mark 12:30). ”

— Fr. Richard Rohr is a Franciscan priest, founder of the Center for Action and Contemplation in New Mexico, USA. Quoted with permission of SPCK Publishing.
Copyright © 1997 — Owen Barfield Literary Estate.       Return to Top.

The Journal of Inkling Studies

The Field Centre
Saving the Appearances
on Youtube
Videos by 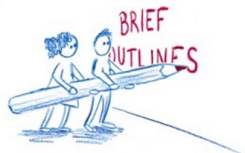